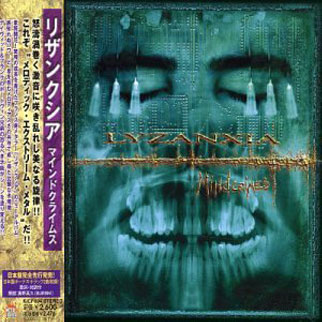 Two years after recording « Eden » and the end of its promo campaign, about twenty new tracks were ready. 15 songs were selected for the recording of this 2nd album. « Mindcrimes » was recorded in the same way as « Eden », at the Backstage studio in Lyon in March 2002. Same for mixing and mastering, which took place once again in Göteborg, Sweden, with Fredrik Nordström and Goran Finberg. This time artist Alain Tréhard was totally free to find the concept of the artwork and to design it from beginning to end ; he started in April 2002 and finished in July 2002. The result is nothing less than mind-blowing. The artwork for « Mindcrimes » shall remain among the very finest ever.